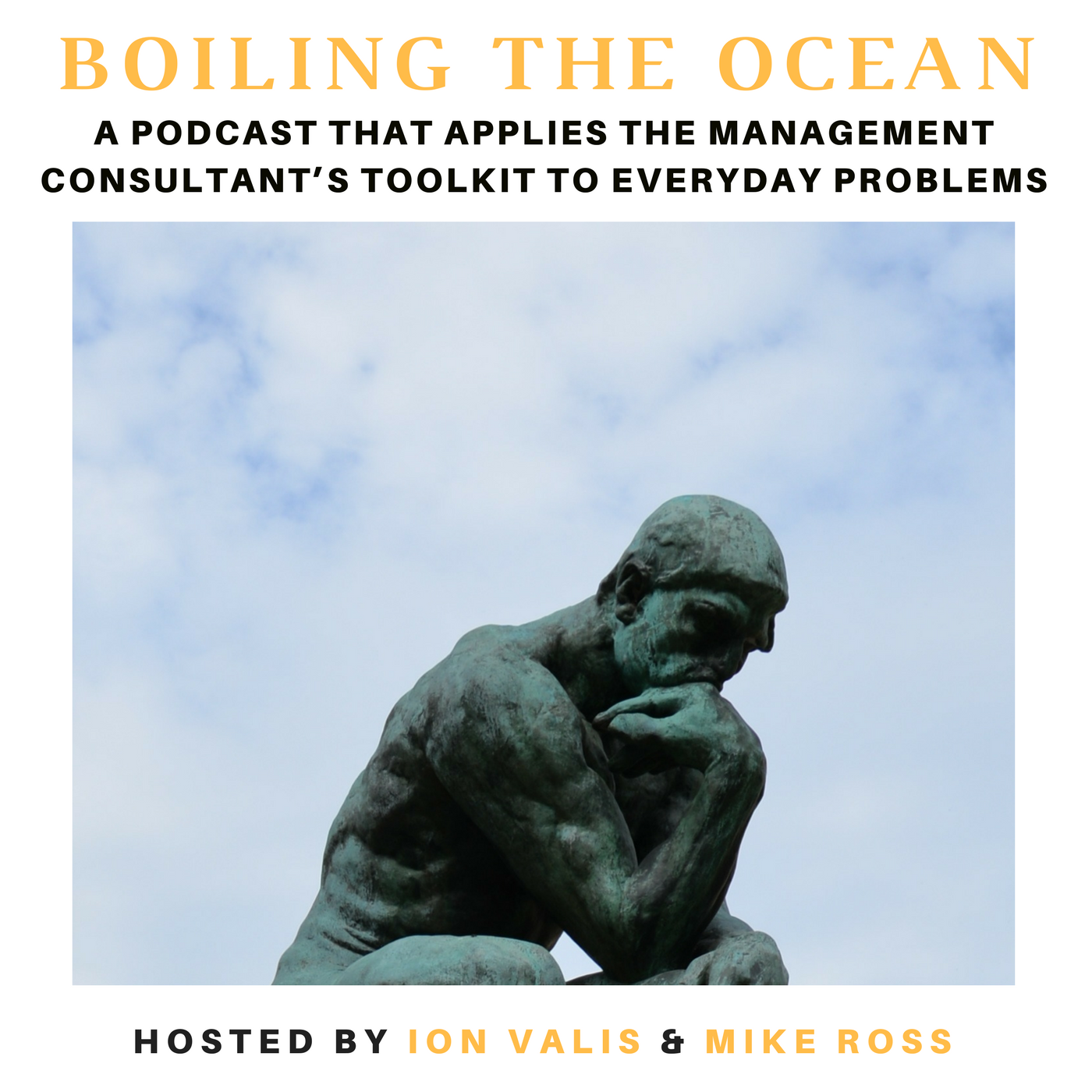 We named this podcast after an expression in management consulting circles for over-analyzing a problem. You’ll sometimes hear a consultant say, “team, let’s not boil the ocean on this one. There’s got to be a simpler way to get at the core issue here …”

In this podcast, we apply the management consultant’s toolkit to everyday problems – those we face in our jobs but just as many from real life. We’ll talk about how to use consulting models on parenting to playing beer league hockey – and everything in between.

That’s the headline. This is the backstory. Mike and Ion have known each other since 2010. About 2 years ago, we fell into the habit of having what we called Walk and Talks in a local park (pictured above) to grab lunch and think through some of the thorny issues we were facing personally and professionally.

This wasn’t such a crazy idea after all – we discovered that there is an expression in Latin that described what we do: solvitur ambulando (in walking it will be solved)”. How cool is that? We were like Stoic philosophers, only walking around with hot dogs and falafels in our hand! 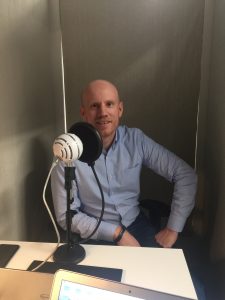 One of the main reasons we’re doing this podcast is to help listeners learn some useful tools to take a new look at their problems, and maybe even point the way to a solution. We’ll also have some fun – lots of it, we hope – as we boil the ocean together … 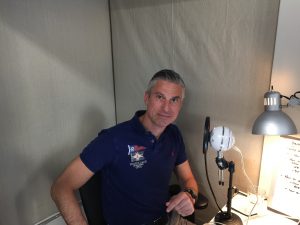 Check it out on iTunes, as well as Google Play or Stitcher and let us know what you think!

I just published a new article: The Modern World is a Dopamine Minefield. Here’s how to navigate it. https://link.medium.com/uUogS4K9Fqb

Check out my latest article: Old Rules for a New Life in the New Year https://www.linkedin.com/pulse/old-rules-new-life-year-ion-valaskakis via @LinkedIn

I just published a short think piece about how "The ‘Office’ is Changing: The RIGID | HIBRID | FLUID Framework and the Past and Future of Work"

Are you a leader trying to navigate the new world of work? You should be asking yourself this question:

Are you positioned to seize the ‘Hybrid Dividend’? (Part I) https://link.medium.com/cHkXOjRhMib

Check out my latest article: The Future is Hybrid:
Almost every industry will be “Pelotonized” in the post-pandemic world
https://www.linkedin.com/pulse/future-hybrid-almost-every-industry-pelotonized-world-ion-valaskakis via @LinkedIn

Manage Cookie Consent
To provide the best experiences, we use technologies like cookies to store and/or access device information. Consenting to these technologies will allow us to process data such as browsing behavior or unique IDs on this site. Not consenting or withdrawing consent, may adversely affect certain features and functions.
Manage options Manage services Manage vendors Read more about these purposes
View preferences
{title} {title} {title}